I bought this battery out of curiosity (SKU #156914 from Dealextreme). The battery comes with a plastic box and is made up of two Li-ion cells (2×3.7V = 7.4V average voltage). Even though it looks identical to other types in the same PP3 packaging, it has a few very important differences:

As I didn't possess a Li-ion charger, I found an useful circuit here, which I implemented and tuned to have around 60 mA of charging current. I did all charges with that device

During the tests I found out that this battery has no problem with high currents. The standard discharges were performed at 55 mA (C/10), but I also did an experiment at 330 mA and it had virtually the same capacity! 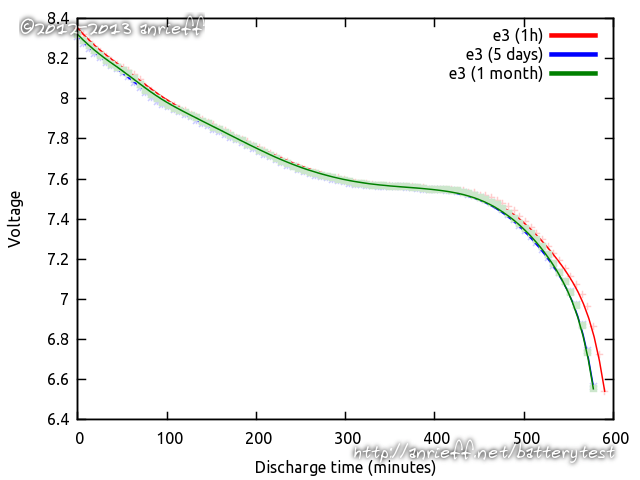 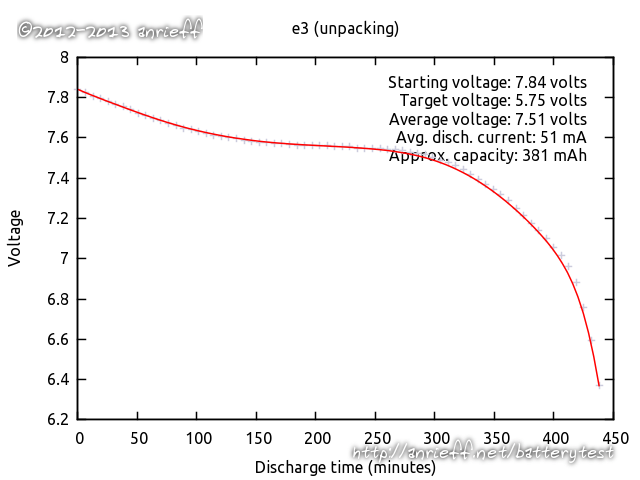