These cells were given to me for testing by theslav. I don't know what this guy has done to them, but they were almost trash-grade when I received them (they weren't new). The pack had huge problems, with the charts hinting to a weak or dead cell. The one-hour test pumped out just 1310 mAh, while after 5 days the charge found was 80 mAh (yes, that's true!). The defective cell was holding almost no charge. After removing it and testing just the remaining three, the results improved considerably to 2040 / 1380 mAh, but that's still way too weak. Apparently all cells were at different stages of decay, and I've only removed the worst one of them. 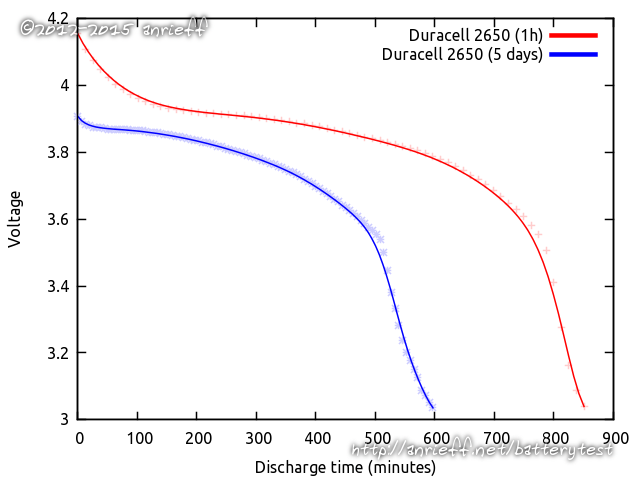