Similarly to the other Ikea alkalines, these cells are sold as 10-packs in a simple cardboard box. Despite the humble appearance, the specs are quite good, more than 2500 mAh at mere €0.18 per cell. This is better than the other ones, which were bought some time ago and performed somewhat worse albeit the higher price. 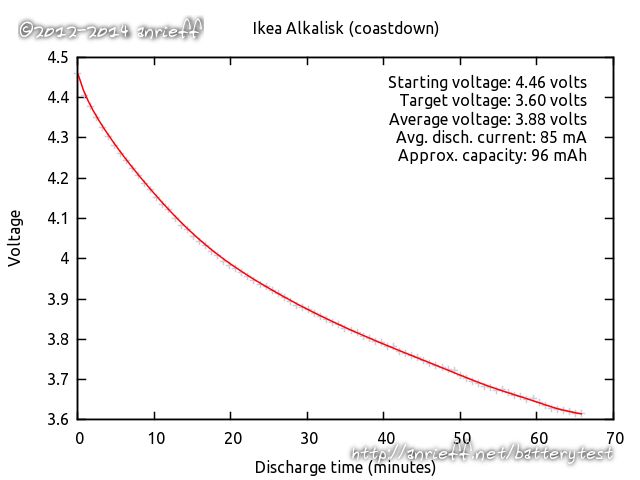