Around Jan 2013, I purchased two more batteries of the same type, for use in my DIY projects. They belonged to a different batch, expiring in Apr 2016, i.e. manufactured five months earlier (PD: 04-2011, ED: 04-2016). To my surprise, both of the two failed to power anything! Upon closer inspection, I noticed that the negative cap of the battery looks heavily corroded:

Once again, this is a fresh new battery just after unpacking! The other one didn't look that bad (only the rivet holding the cap looked kind of rusty). I measured 7.07V (on the heavily rusty, after cleaning up the oxidation a bit), and 1.34V on the better looking one. Essentially, both of them were dead!

A reader also reported me a similarly-affected batteries of the same type, belonging to yet another batch - manufactured in May 2011. 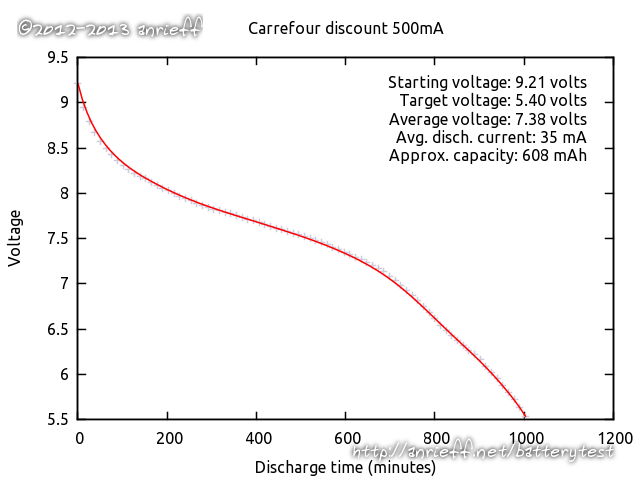